JOLIE JONES was barely a teenager when she burst into public view in magazine after magazine as the first African American supermodel to appear on the cover of Mademoiselle and in the pages of Seventeen. Acting soon followed, and so did singing. When motherhood intervened in the 70s, she embraced it with the same energy and enthusiasm she had applied to her career but, by the late 80s, her ever-active inner drive brought her back into the entertainment world via management and production-notably via two suburb albums by Brazilian singer-songwriter Ivan Lins. Somehow, Jolie also managed to find time to move into non-profit world. She was a President of a chapter of SANE (Citizens For A Sane Nuclear Policy) and actively involved in the Global Forum activities at the Earth Summit in Rio de Janeiro in 1992. Her concerns about the environment-triggered in part by her sons Donovan and Sunny-led her to establish her own foundation, Take It Back, which produces videos, public service announcements and educational materials to raise awareness of the importance of recycling solid waste. With her children taking their first maiden flights away from the nest, Jolie decided to once again step out with acting and singing as a natural and logical path. How could it be otherwise with a father named Quincy Jones and a childhood surrounded by living legends such as Duke Ellington, Ray Charles, Sarah Vaughn, Peggy Lee and Frank Sinatra? She witnessed a world of limitless possibilities, one in which her father always told her, “If you can see it, you can be it.” She resumed her studies with acclaimed acting coach Milton Katselas and continued her music and vocal training. After a brief trial run with her father, she made a full-scale musical debut in 1996 at the Jazz Bakery, in an invitation-only event hosted by her father and Oprah Winfrey. Later that summer, in a performance at the Hollywood Roosevelt CineGrill, she gave a performance that generated a review from the L.A. Times describing her “gift for singing with smooth, floating rhythms and an arching, lyrical sense of melody,” which went on to say her interpretations “recall the articulate expressions of Nancy Wilson blended into the warm candor of Ella Fitzgerald.” Now dipping into the world of children’s literature, Jolie has written Little Kisses; part of the prestigious Julie Andrews Collection. A tender and heartwarming story that honors the loving relationship between a young child and her very best friend with fur, Bejinhos. It all began one year, in Washington at the Kennedy Center, when Jolie’s father, Quincy Jones, was receiving a Kennedy Honor Award along with Julie Andrews and others. Here is where after sharing their passions, children’s entertainment and education , particularly Jolie’s major TV project “Twinklesworth”. Julie invited her to write a children’s book for her new imprint at Harper Collins Publishing, The Julie Andrews Collection. Looking forward to more on the creative front from the talented Jolie Jones. Look for her soon to be released album “Little Kisses” that was written and recorded to be a companion to Little Kisses the book!!!! 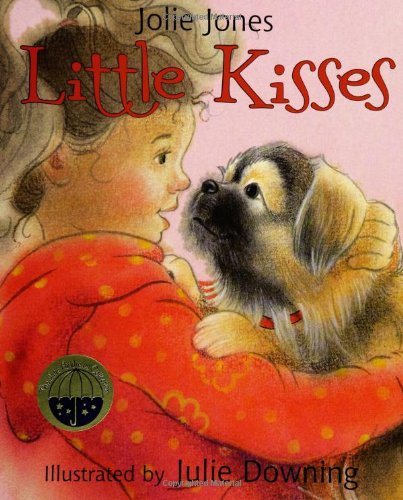